Wrocław ’70 Visual Arts Symposium was a multi-stage event taking place over a significant period of time. In many aspects it was a pursuit of the “impossible”. Officially the event was held to commemorate the 25th anniversary of the reclamation of western and northern territories. Wrocław – as the largest city in these so-called Recovered Territories – was chosen by government authorities to be the host of the anniversary celebrations. The main originator and initiator of the Symposium was the Wrocław Enthusiast Association. They've received support for the idea from the Voivodeship Committee of the Polish United Workers' Party, National Council for the City of Wrocław, and the Voivodeship Board of Trade Unions. Other cultural entities, such as the SARP Polish Architect Association, Museum of Architecture and the Restoration of Wrocław, local branch of the Association of Polish Artists and Designers, and the Mona Lisa Gallery have also offered their assistance. These last two entities, along with the Wrocław Enthusiast Association, would have greatest impact on the nature and programme of the Symposium.

The rules of the event and its basic agenda was formulated at the end October and the beginning of November 1969. Symposium organisers wanted the event to be

“an attempt to confront different ways of contemporary artistic thinking, leading to the creation of outstanding works of art, where the city itself shall be the canvas”.

These projects, showcasing the pursuits of modern art, would result in new urban creations in a city that was still being rebuilt after the war. To achieve these goals, apart from the help of the city authorities, key industrial factories in Wrocław and all around Lower Silesia have been involved.

At the same time the Organising Committee was formed. That committee has chosen 12 art critics and theoreticians who would – based on surveys – select the appropriate artists. These critics were: Janusz Bogucki (Contemporary Art Gallery, Warsaw), Wiesław Borowski (Foksal Gallery, Warsaw), Maciej Gutowski (Cracow), Mariusz Hermansdorfer (Museum of Architecture, Wrocław), Bożena Kowalska (CBWA, Warsaw), Ireneusz Kamiński (Lublin), Jerzy Ludwiński (Mona Lisa Gallery, Wrocław), Jerzy Olkiewicz (“Kultura”, Warsaw), Wojciech Skrodzki (“Współczesność”, Warsaw), Ryszard Stanisławski (Museum of Art, Łódź), Andrzej Turowski (National Museum, Poznań), and Aleksander Wojciechowski (National Art Institute, Warsaw). A meeting of these art critics and theoreticians was held on 19 December 1969 in order to formulate a final list of participants, and to decide on the locations for future projects of the Symposium. As a result 39 artists were invited. However, since these individuals were allowed to invite others and create teams, ultimately over 50 artists were involved. 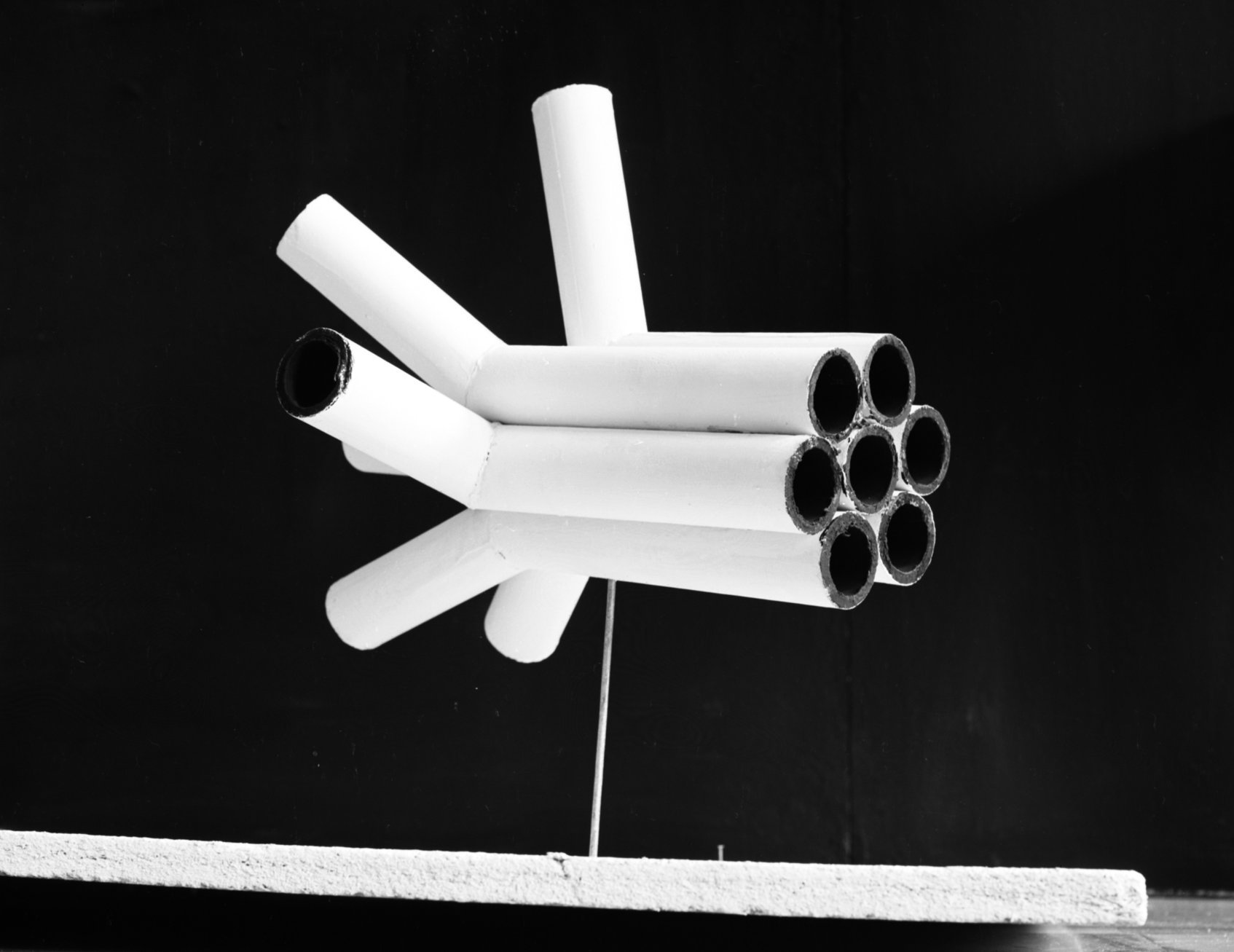 The first stage of the actual Symposium (6–8 February 1970) involved deliberations and discussions of critics, artists, and organisers in an effort to establish the scale and the agenda of the event. This meeting included talks concerning the ideas and artistic concepts for the event, as well as to scout and select the locations for the specific projects. The second meeting (17–18 March 1970) accompanied the exhibition of pieces proposed by the artists for the Symposium. This exhibition was held at the Museum of Architecture. It involved 57 projects and conceptual designs. On the day of the exhibition, as well as the following day, the prepared projects were discussed along with other organisational matters. At the same time short presentations were held – from February until April – at the Mona Lisa Gallery. These exhibitions were another opportunity to discuss pieces proposed by the artists. Władysław Misiak, a sociologist, would use these discussions to investigate the social awareness of the event and its impact on residents of Wrocław. Third stage of the Symposium would involve the realisation of the artistic projects. Its culmination was scheduled for 9 May 1970, that is Victory Day – a commemoration of the end of WWII. It was the most important moment of the celebrations for the 25th anniversary of reclaiming the Recovered Territories.

Ultimately only two projects have been completed during that year: “Vertical Endless Composition” by Henryk Stażewski (9 May 1970) and the “Living Monument. Arena” by Jerzy Bereś. The first project was an ephemeral, one time event. The other was finished in 1972. Years later, in 21st century, the “Chair” project was created based on the designs of Tadeusza Kantor (2011). The installation designed by Bereś was reconstructed, since it was removed in the early '80s. Also a project by Barbara Kozłowska was realised, which was sa 3D interpretation of the “Loneliness” poem by Stanisław Dróżdż (2016). 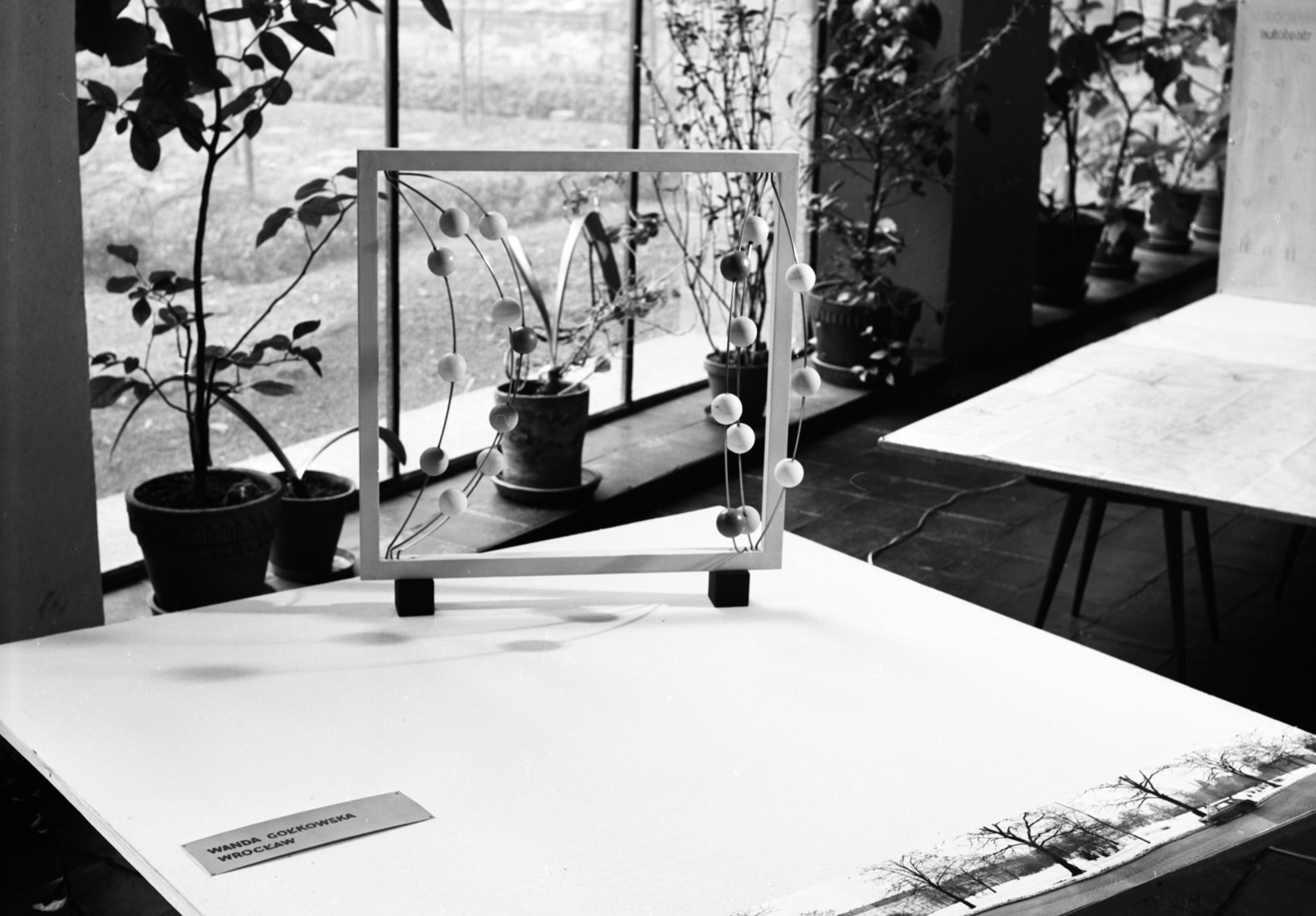 During the Symposium over 40 locations across the city were selected. That's where various projects would be constructed in cooperation with industry plants. Most of the projects involved implementation ideas, however already during various meetings many of the organisational concepts were changed. Nevertheless many artistic pieces would become reference points signifying the rising popularity of conceptual art in Poland. Symposium itself – even back in the '70s –

would rise to become a symbol of the first nation-wide manifestation of conceptual art.

If you look at the whole Symposium, keeping that idea in mind, it appears that Jerzy Ludwiński – critic and one of chief architects of the event's ideology – was pivotal. He himself would often comment, that the Symposium formed the very precipice of an era of art without limitations.

1966 - Jerzy Ludwiński develops the concept of the Museum of Current Art, where there is a project to organize a symposium in Wrocław in 1967 in cooperation with Wrocław industrial plants.

1969 - meeting of the National Council of the City of Wrocław devoted to preparations for the celebration of the 25th anniversary of the return of the Western and Northern Territories to the Motherland. Participating in the meeting, on behalf of the District of the Association of Polish Artists and Designers in Wrocław, Anna Szpakowska-Kujawska submits the idea of ​​organizing a large, nationwide artistic event. The initiative is approved by the city authorities, which have appointed the Society of Wrocław Enthusiasts for its implementation.

May-October 1969 - elaboration of the artistic assumptions of the symposium attended by people from the Society of Wrocław Enthusiasts, the District of the Association of Polish Artists and Designers in Wrocław and the environment of the Galeria pod Moną Lisa.

October 18, 1969 - session of the Presidium The National Council of the City of Wrocław adopts decisions on the organization of the Wrocław '70 Art Symposium. The assumptions of the symposium concept are presented by Zbigniew Makarewicz, delegated by the District Board of the Association of Polish Artists and Designers in Wrocław.

2 November 1969 – formulation of rules and basic agenda of the Wrocław ’70 Art Symposium, initiated by the Board of Wrocław Enthusiast Association

6–8 February 1970 – first Symposium meetings for the purposes of discussing the goals of the event, learning about the city, and scouting project locations

26 February–1 March 1970 – first of nine exhibitions (scheduled on different days until 9 May) held at the Mona Lisa Gallery, showcasing the pieces of artists invited to the Symposium

17–18 March 1970 – follow up Symposium meetings accompanied by an exhibition showcasing 57 projects at the Museum of Architecture, discussions concerning the realisation of the projects, deliberations between the Symposium organisers, critics, and artists (exhibition is open until 30 March)

27 March 1970 – meeting between the Symposium organisers and the representatives from industrial factories in Wrocław and other parts of Lower Silesia; after learning more about the projects these representatives pledge their support for the event

9 May 1970 – main part of the celebrations commemorating 25th anniversary of reclaiming the Recovered Territories; it included a one-time presentation of the project by Henryk Stażewski – the “Vertical Endless Composition – 9 streams of colour in the sky”

20 October 1972 – first unveiling of the yet unfinished project by Jerzy Bereś: Living Monument “Arena” (removed in 1983)

5 December 2008 – reconstruction of the design created by Henryk Stażewski; project was realised in front of the Palace of Culture and Science by the Museum of Contemporary Art in cooperation with the Warsaw City Hall – part of the Warsaw's bid for the title of European Capital of Culture

2016 – construction of the “Loneliness” installation designed originally by Barbara Kozłowska; part of the Visual Arts programme of European Capital of Culture 2016 – Wrocław event

2020 – special programme to celebrate the 50th anniversary of the Wrocław ’70 Visual Arts Symposium, created and realised by the Wrocław artistic community – institutions, organisations and independent initiatives – cooperating as part of a work group since 10 July 2019